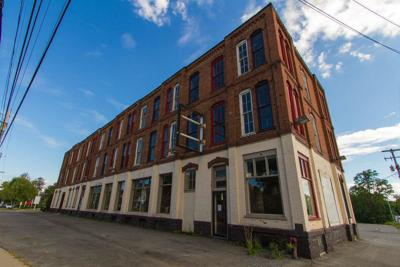 Home Leasing has signed a purchase option for the 1870-era landmark building with owner Peter Koch, who had previously entertained selling the property to Circle K, a gas station and convenience store chain, which wanted to demolish the building for a new fueling station.

That was a concern to some residents and officials and the matter went to court. But Koch’s recent change of heart has eased tensions and all parties involved are working to withdraw notices of appeal and getting the town historic district properly established.

“We are just now starting our due diligence so we can understand how this might be accomplished,’’ Garwood said in an email.

“We anticipate a similar process and outcome as we have on several other distressed historic buildings, such as the Eastman Dental Dispensary in Rochester or the former Holley High School in Holley,’’ he said.

“We build and manage all of our own communities and are looking forward to working with the Seneca Falls community as we collect more information about the building to further develop a vision for the project,’’ Garwood added.

The company has 27 housing properties, 24 of them in New York, two in Pennsylvania and one in Maryland. The closest ones to Seneca Falls are in Farmington, Macedon and Keuka Gardens in Penn Yan.

“Our interest is in preserving the historic building as we have done in several other projects for buildings in similar or worse condition,’’ Garwood said. “Our mission is to improve the lives of our residents and communities in which we work. When complete, these projects have become a great source of pride to the communities.”

He said company officials will reach out shortly to local stakeholders to begin a process for public engagement once they’ve gathered and studied more information.

Koch, who now lives in North Carolina, bought the Huntington Building in 1985 for his Chrysler-Dodge-Jeep-Ram dealership. The property had been a Chrysler dealership run by Fred Huntington for many years.

Koch sold the dealership to James Provenzano and leased the property to him. Provenzano, under pressure from Chrysler, built a new dealership in Tyre that opened last year.

That left Koch with an empty building to sell. Koch said Friday that he had some interest from Byrne Dairy and the Nice N Easy gas station chain.

“I also had some interest from [Gorham developer] Chris Iversen, but he wanted me to be a partner and I wasn’t interested,’’ Koch said.

Nice N Easy sold its business to Circle K and Circle K made an offer. After the building was named one of “Five To Save’’ by the Landmark Society of Western New York, Koch said he was contacted by Adam Driscoll of Home Leasing, who made an offer.

“I’m confident this will come together and everyone will be happy,’’ Koch said.

The agreement gives Home Leasing a year or possibly more to get its funding in place and the company agreed to help Koch with insurance and taxes in the meantime.

That caused Koch to apply for a demolition permit from the Heritage Preservation Commission because the building is in the town’s historic district. That’s when the dispute began. The commission, not wanting to see the 1870-era landmark building on the community’s main street demolished, did not grant the permit.

Koch eventually filed a lawsuit against the commission, arguing that not only was he being treated unfairly, but questioning the commission’s and historic district’s legitimacy. Doyle heard arguments in December 2018 and issued his decision July 26, ruling the historic district was not properly formed due to a technicality and the Heritage Preservation Commission had no jurisdiction over the building.

The commission voted to file a notice of appeal of Doyle’s decision. Koch and his attorney also filed a notice of appeal. They are now trying to withdraw those appeals, properly form the historic district and help Koch sell the building to Home Leasing.