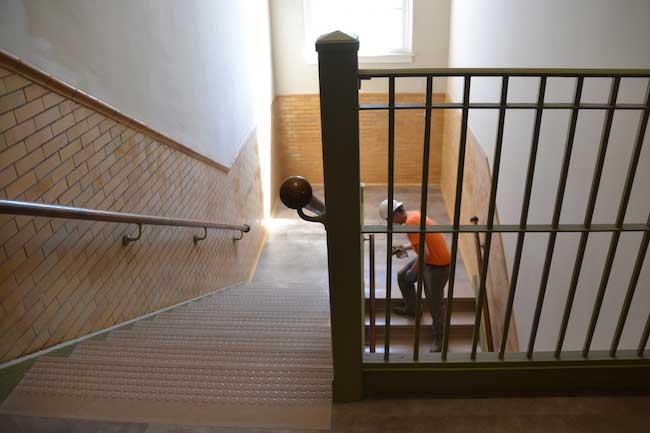 Tenants wait for OK to move in at Holley Gardens

HOLLEY – A worker cleans in the stairwell at the former Holley High School, which is being transformed into 41 senior apartments and the offices for the Village of Holley.

Wednesday was supposed to be the move-in day for several of the tenants but it has been pushed back due to concerns about the coronavirus.

Most of the 41 apartments are complete with additional work needed on the dozen apartments in the basement. The first and second floors are done.

Home Leasing in Rochester, which spearheaded the $17 million project, also is working on the space in the former auditorium, which will become the village offices. The site will be known as the Holley Gardens.

The company is asking state officials for a date for the tenants to start moving in. 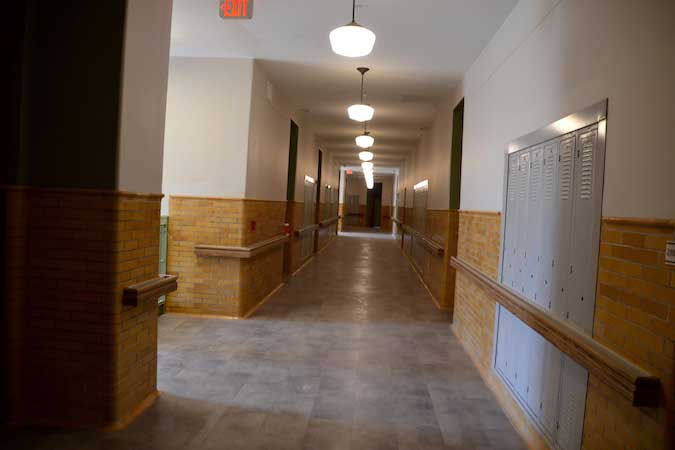 This is the hallway on the second floor where the apartments are ready for residential living. Home Leasing started construction in November 2018 on the project. The school was built in 1931 and closed after 1975. It was vacant for more than two decades. It was last used by a manufacturing company, Liftec, which went bankrupt.

The lockers serve a decorative function. Home Leasing sandblasted the locker faces, and gave them new coats of paint. New handrails stretch throughout the hallways. 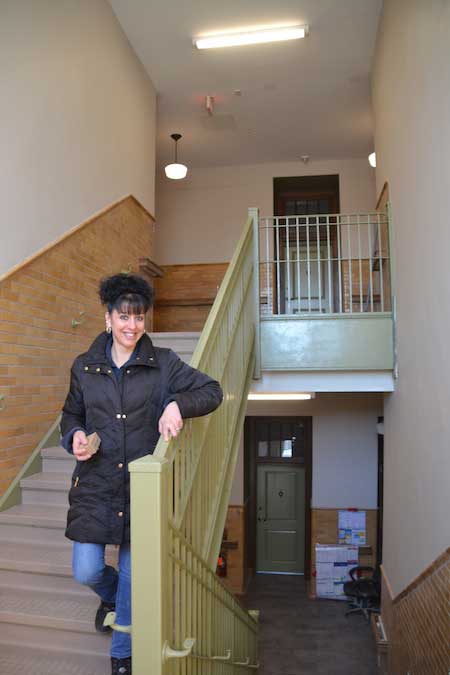 Carrie Valone is the site manager for Home Leasing. She said there has been a strong response from the community for the apartments. Only four of the 41 are available.

Tours of the building in February were a big seller of the apartments, Valone said.

“People are ecstatic,” she said. “It holds strong memories for the people around here. Plus, it’s brand new and the rents are affordable.” 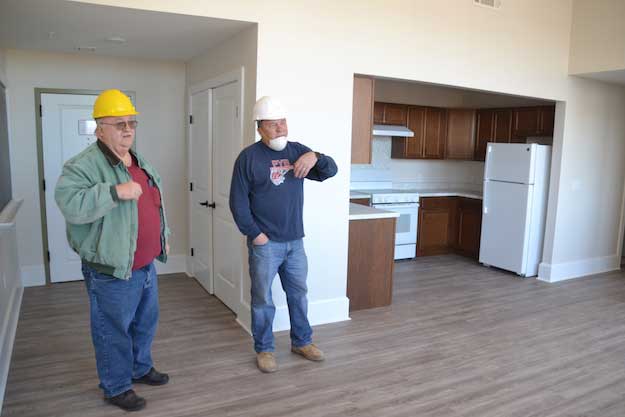 George DeRue (right), Home Leasing’s vice president of historical preservation, served as the construction manager for the project. He has 30 years with Home Leasing. He shows an apartment to Ron Vendetti, Holley’s code enforcement officer and grants manager. Vendetti graduated from Holley in 1971. He said Home Leasing has done an amazing job with the construction project. 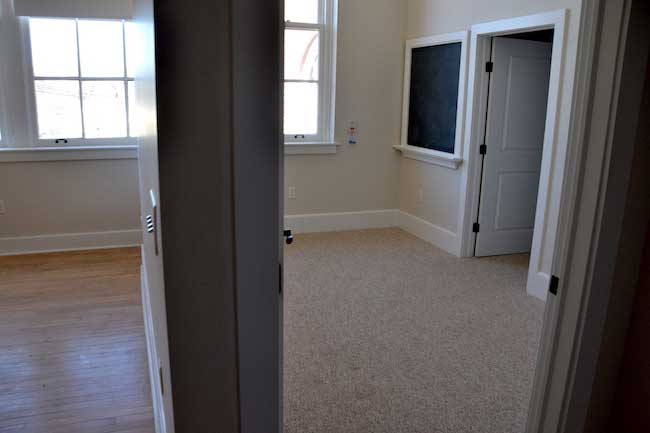 The apartments include one studio, 35 one-bedrooms, and five two-bedroom apartments, most of which are 700 to 800 square feet. This apartment includes an original hardwood floor from the school. The floor was salvageable and in good enough shape for about eight of the apartments. 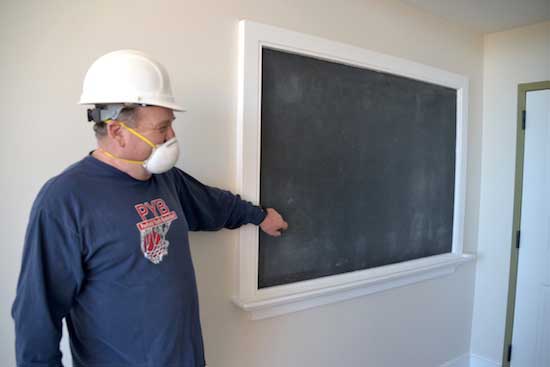 Most of the apartments have a chalkboard from the old school. George DeRue said the tenants will find the chalkboard useful for writing down appointments and other reminders. 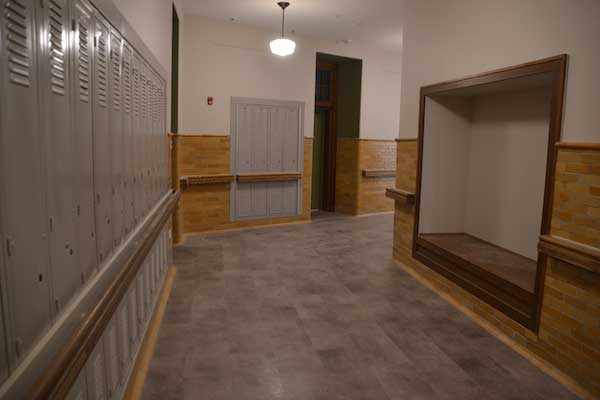 The trophy case used to be at right in the hallway. Now the space can function as a bench. 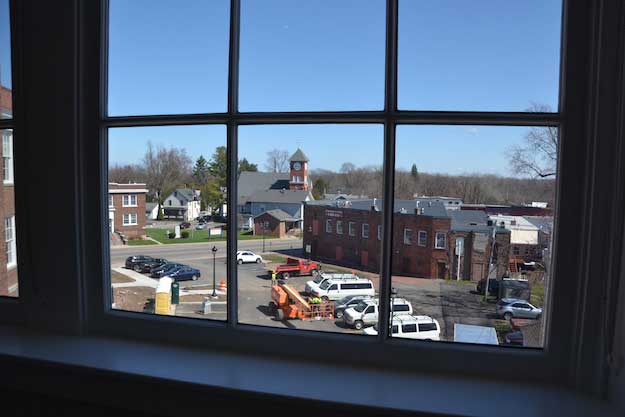 This view looks out towards Route 31 and the Community Free Library. Home Leasing put in new glass for the windows while refurbishing the window frames. 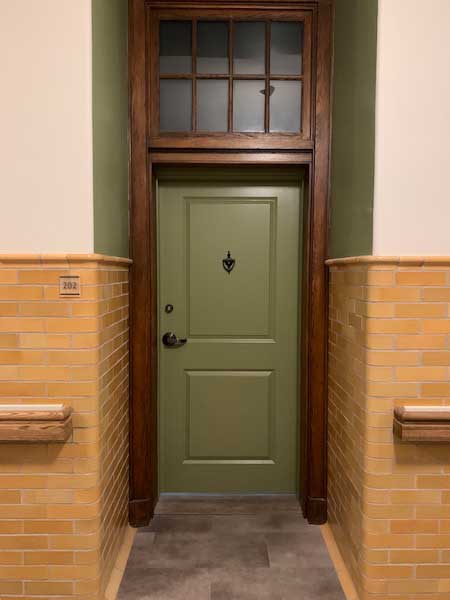 The rooms all have new doors but Home Leasing was able to keep the transom windows above the doors. 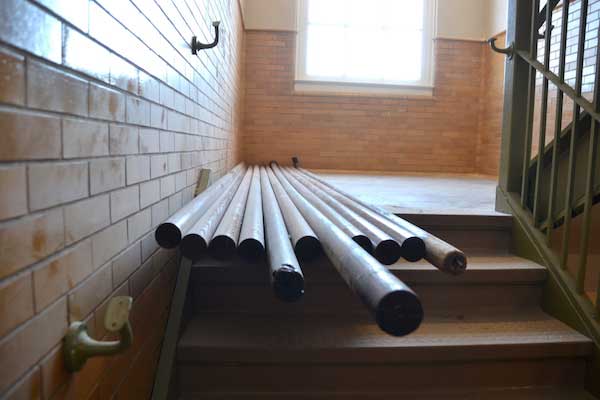 The original wooden railings in the stairwells were saved and are being put back into place. They were sanded and revarnished. 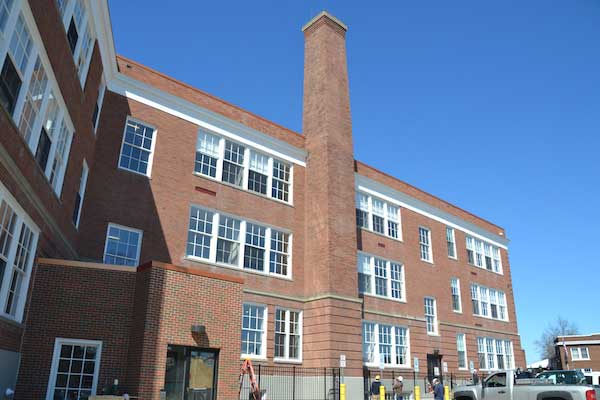 Home Leasing put a small addition on the building (lower left) that serves as an entryway where there are new mailboxes, a phone system and access to an elevator.

To see how the building looked in October, during another tour, click here.