Nelson Leenhouts serves as Chairman of Home Leasing and Home Leasing Construction with more than 50 years of development and rental housing experience.

In 1967, Nelson and his twin brother Norman founded Home Leasing, a small, private real estate company. Two years later, Nelson left his job with IBM to work at Home Leasing full-time. The Leenhouts brothers purchased and renovated single-family homes and offered lease-to-own housing opportunities to first-time homebuyers. They continued to re-invest their profits and the company portfolio expanded to consist of market and affordable housing, and commercial properties. After years of success, the Leenhouts brothers formed Home Properties, which grew significantly to have several Rochester developments with approximately 400 limited partners most of which were residents of Rochester, New York. In 1994, Home Properties became a public company, traded on the New York Stock Exchange under the symbol HME. Nelson acted as Co-Chairman and Co-CEO of Home Properties alongside his brother and was integral in the management of more than 50,000 rental apartments, including 10,000 affordable units, in 12 states.

Since his retirement from Home Properties, Nelson has revitalized the family company. Home Leasing is now a development, construction and property management company with affordable and market rate housing. Nelson served as Chairman and CEO of Home Leasing from 2004 until 2019 and continues to be a servant-leader to more than 140 employees and the company’s residents.

Nelson has had a long-lasting impact on both the housing and business community, and continues to demonstrate his commitment to the economic development of the City of Rochester and its residents. Most recently, Nelson spearheaded the founding of Connected Communities, Inc., a not-for-profit corporation that supports the holistic revitalization of the EMMA and Beechwood neighborhoods in southeast Rochester through a community/public/private partnership.

Nelson holds a Bachelor of Science degree in Business Administration from the University of Rochester. He is actively involved in his church, Spiritus Christi, and is a member of the New York State Association for Affordable Housing and the National Housing Rehabilitation Association. He received the Herbert W. VandenBrul Entrepreneurial Award in 1999, was inducted into the Rochester Business Hall of Fame in 2002, and received the Rochester Business Journal ICON Award in 2017. Most recently, Nelson was awarded the Lifetime Achievement Award by the Boys and Girls Club of Rochester in 2018. 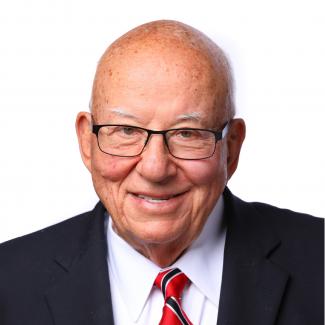